New York, NY – Thornton Tomasetti announced the launch of T2D2, a software as a service (SaaS) platform that uses artificial intelligence (AI) – computer vision powered by deep learning – to identify and assess damage and deterioration to building envelopes and structures through images. Developed within Thornton Tomasetti’s CORE studio incubator and commercialized through the firm’s TTWiiN accelerator, T2D2 applies data from the firm’s more than 50 years of building inspection and forensic investigation work. It is now available for use by propertyand portfolio owners and managers as well as municipalities to identify deterioration early and throughout the life of an asset. T2D2 makes it easier, quicker and less expensive to inspect structures. It enables users to identify damage and defects before they become major issues.

T2D2 founder and CEO Badri Hiriyur, Ph.D., director of COREAI at Thornton Tomasetti, said the AI within T2D2 has been applied to identify visual anomalies and other signatures of deterioration on facades and structures. It analyzes digital images or videos taken byany type of camera (hand-held, fixed or drone-mounted) and can detect and identify conditions of deterioration.

“The emergence of big tech with big computing and big data made T2D2 possible. T2D2 uses the same deep convolutional neural networks powering state-of-the-art computer vision models. It is trained using a cluster of powerful NVidia GPUs on a vast dataset built from tens of thousands of images from Thornton Tomasetti’s extensive database of building structures and facades as well as bridges and other infrastructure,” Hiriyur said. “Using data acquisition and analysis and telemetry to replace traditional methods of inspection saves time and money – and there can be tremendous value with its continuous use. T2D2 will identify even the smallest anomaly, such as a hairline crack, which might not be picked up between prescribed inspection cycles but can deteriorate quickly and lead to costly problems.”

T2D2 knows when it sees a crack or a change in previously detected damage. The detected damage conditions can be geolocated on structures using CAD, BIM or photogrammetric 3D models and presented in digital assessment reports that get updated in real-time. The system continues to improve and refine its findings over time, as it “learns” the specifics of each asset/structure.

“While data acquisition with partners, such as drone services company Helios Visions, is a key first step, the disruptive innovation here is in the extraordinary training we have given T2D2 to analyze images and recognize deterioration,” Dr. Hiriyur said.

T2D2 has been tested on numerous building envelopes and structures across the United States and Canada. It has been used to scan for damage and deterioration on roofs of million-square-foot industrial properties in California, joints on historic stone bridges in Maine, brick and stone facades in New York City and Chicago, stucco façades of residential towers in Florida, concrete transportation systems, water treatment facilities in New York, and more.

Along with the official launch, the team behind the pioneering technology also announced that T2D2 has been selected by Nvidia to join its Inception program, a virtual accelerator directed at AI startups that are revolutionizing various industries. The tech giant has recognized T2D2 as a cutting-edge AI startup, providing them with the opportunity to leverage technical expertise and go-to-market strategies with Nvidia and other AI startups. T2D2 has also been named a winner in the New York City’s Department of Buildings’ inaugural HacktheBuildingCode innovation challenge. The agency called for ideas on how to improve the city’s buildings, keep construction workers and the public safe, and modernize the construction process.

“T2D2 is much more than an inspection tool,” said Thomas Scarangello, executive chairman of Thornton Tomasetti. “It will help our clients better manage their structures and building envelopes, making them more resilient, safer and more economical to maintain throughout their full lifecycle.” 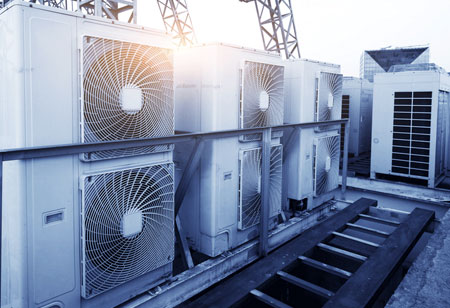 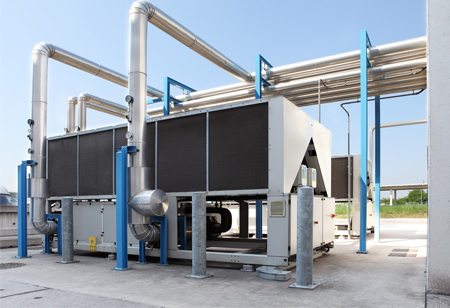 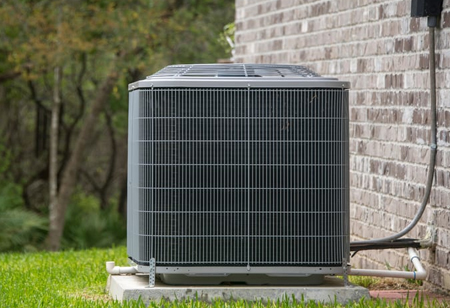 Facets of an HVAC Unit 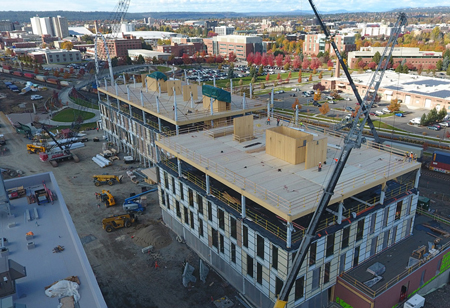 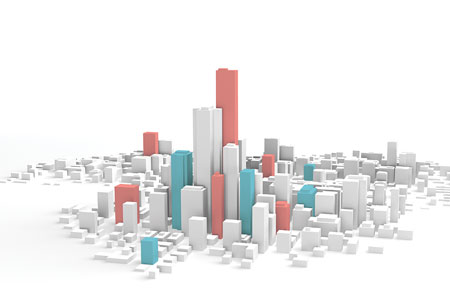