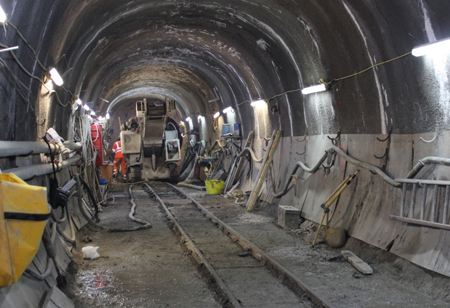 New equipment and technologies are making the work of underground infrastructure construction easier and increasing efficiency.

FREMONT, CA: Underground structures are essential, and new technologies have offered the construction companies several opportunities to develop and maintain it. The underground systems can be divided into three major areas, and all of them are essential for offering services to the society, especially in crowded urban areas. The three areas are as follows,

1. Foundations of buildings, bridges, and other constructions.

3. Buried utilities like electricity have, telecommunications, water, and gas.

Two significant changes are happening in these areas. First, the materials utilized in the built environment are developing, and second, several technologies like controls, robots, and sensors, are helping the companies with maintenance, operations, and constructions.

According to market researchers, technologies play a significant role in terms of robotics, information-based solutions, and automatic controls. Furthermore, the durable polymer pipers with less steel are becoming more popular among the companies due to its high-performance concretes.

The speed in which utilities and tunneling technologies are advancing will ensure that underground construction enhances itself in the future.

The construction utilities contain a network of conduits, including sewer pipes, electrical power circuits, water mains, and phone cables. There are several benefits of implementing the pipes through underground channels. Still, one of the significant disadvantages of it is they are often neglected as they remain out of sight due to underground construction.

Today, in most cities, water and sewer systems' decaying has become a common issue and the breaking of water mains. Moreover, the break rates of cast iron (IC) and asbestos cement (AC) pipes have also increased in the past few years.

However, the good news is that several new materials for pipes and installations are being developed, which will assist in the underground construction utilities. The two biggest trends which are followed during tunneling are,

1. A tunnel boring machine will leave less damage to the surrounding buildings.

2. The diameters and size of the tunnels have increased.

This new equipment is crucial because it has helped the construction companies reduce the damages used earlier by following the traditional method. Moreover, the tunnel boring machines can dig a tunnel with a circular cross-section and bore through anything starting from sand to hard rock. The contractors have a tool to create a tunnel in the urban ecosystem with less risk. The Growing Popularity of Smart Elevators in Commercial and Residential Buildings